skip to main | skip to sidebar

Okay, so it doesn't look like much, but (like Transformers) there's more than meets the eye here. Or rather, exactly as much as meets the eye. Click to embiggen (a bit), should you so desire. 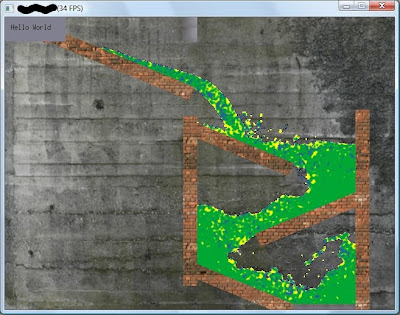 This neatly (if unimpressively) shows what's been going on in the Lemon Scented Shed since the video we did in March. It's the same old test level layout, but with a few differences:

This, hopefully, represents the end of the first really difficult stage. Building toys and levels and gameplay is something which should happen a lot more quickly, relatively speaking, so this should start actually looking like a game (albeit one with horrible programmer art for a while) before too long. Exciting times!
Posted by LemonScented at 18:09